Back to School: A Short History of School Uniform 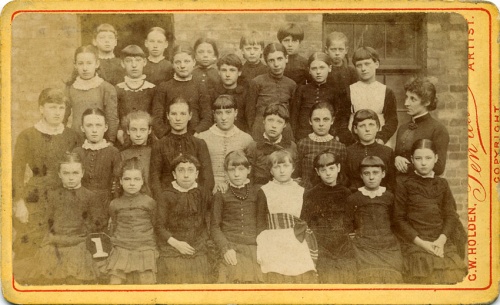 As the new academic year beckons, most local schools are encouraging a smart, standardised image for their pupils. Until fairly recently relaxed polo shirts and sweatshirts in a specified colour and bearing the school’s logo graced many Brighton & Hove schools, but the past few years have seen a return to a more traditional uniform comprising tailored trousers or skirt, a shirt, tie, V-necked jersey and blazer. Adherents consider that a closely-prescribed, formal school uniform reflects well on the institution and benefits its pupils, helping to raise standards of personal appearance, fostering an esprit de corps among students and even improving conduct.

Historical records concerning the evolution of school wear are fragmented and uniforms themselves have varied widely, according to time and place. From an early date charity school pupils received donated garments and, famously, a Tudor-style blue coat, knee breeches and yellow stockings are still worn today at Christ’s Hospital, Horsham - the ‘Bluecoat School’, which opened in London in 1552. Nonetheless, regulation uniforms in a designated colour and/or standardised style were relatively uncommon before the nineteenth century. The gradual emergence of a smart, recognisable uniform for Victorian school boys was influenced by various factors: the development of civilian uniforms (especially throughout the public services); sportswear; and in general, the growing sobriety and uniformity of male fashion.

Elite schools paved the way: the iconic Eton suit was introduced at Eton College c.1820 for boys under 5ft 4ins, comprising a short dark ‘bum freezer’ jacket, grey trousers, large starched white collar and top hat. Although later modified (a tailcoat prevails today), the Eton uniform was emulated to varying degrees at other establishments: for example, many Victorian grammar schools introduced or formalised a sober uniform of short jacket and trousers, white Eton collar, bow tie or knotted tie and a round cap. Similarly, by the 1890s younger board school boys generally wore a standardised outfit consisting of knickerbockers, black woollen stockings, leather boots and a lounge or Norfolk jacket, their shirts featuring starched Eton-style collars. The Norfolk jacket, identifiable by its cloth belt and vertical stitched-down pleats, originated as a sporting garment and became popular with boys for both school and weekend wear during the 1880s/1890s, while the distinctive Eton collar also entered everyday dress. For school, this outfit was teamed with a regular male cloth cap or a neat round cap similar to those worn by Victorian cricketers and other sportsmen. Like sporting clubs, some schools also introduced their own distinctive colours, so the schoolboy’s cap sometimes bore an identifying stripe.

Children in Victorian village schools were not usually required to wear special garments and most young pupils wore their ordinary clothes to school, being urged to ‘come clean’ if a photographer or somebody important was visiting. Early school uniforms for girls were inspired by the demands of sport and physical exercise. Female pupils did not generally wear a regular school uniform in the Victorian era but functional kit was evolving for girls’ team sports such as cricket and rowing. Some progressive schools taught drill, early types of gymnastics and callisthenics by the late nineteenth century: clearly, fashionable fitted bodices and long skirts were unsuitable for energetic activities and so stretchy jerseys or loose blouses and knee-length skirts or ‘bloomers’ were worn with coloured waist sashes. An early form of gymslip also developed for the same purpose in the 1880s - a short-sleeved or sleeveless blue serge dress worn over a blouse. A few decades later, this practical sporting garment began to enter everyday school uniform.
Twentieth-century uniforms The existing set of knickerbockers, Norfolk or lounge jacket, white shirt with Eton collar and bow tie or knotted tie remained common for school boys throughout the Edwardian decade and well into the 1910s. Short drawers or ‘shorts’ were already worn for team sports and athletics and after the First World War, as dress in general became more streamlined, old-fashioned knickerbockers gave way to shorts for younger boys, while traditional black stockings and boots were superseded by socks and shoes. Local elementary school boys rarely wore a formal uniform, a comfortable knitted sweater and shorts being usual by the 1920s. Knitwear was very popular between the 1920s and 1950s: primary school boys’ sweaters often had an integral knitted collar and even a long tie, in the same or a contrasting colour. For older male pupils the archetypal uniform of grey flannel shorts, shirt, tie, blazer and cap was becoming widely established and schools developed distinguishing coloured stripes for blazers, sweaters, ties and caps, and their own unique blazer and cap badge. Older boys progressed to long flannel trousers, most schools setting age or height criteria for the wearing of ‘longs’. The 1920s school boy’s uniform remained little changed until well into the second half of the twentieth century.

Elementary-school girls wore dresses that followed fashionable lines, the loose calf-length smock frock of the 1890s and early 1900s, protected beneath a white or coloured pinafore, giving way to shorter shift-style dresses during the 1920s. By the First World War older schoolgirls typically wore a plain tailored calf-length skirt and often a masculine-style shirt and tie: by this time many middle-class families were sending their daughters to boarding schools and the rise of the confident early twentieth-century schoolgirl was celebrated in popular novels by authors like Angela Brazil. The gymslip, originally worn for gymnastics and sports, developed into a major element of female school uniform by the 1920s, worn with a blouse and tie: in some schools this arrangement continued beyond the mid-twentieth century. Knitted cardigans or sweaters, blazers and felt hats or straw boaters trimmed with bands in the school colours were also worn, both public schools and local grammar schools insisting on formal uniforms that conformed to precise specifications. Strict dress codes redolent of an earlier era lingered on in some such schools until at least the 1970s, as some readers may remember. The more extreme regulations are, thankfully, now consigned to history, yet the wheel of time keeps turning and, ready or not, we are currently experiencing a revival of the traditional school uniform. 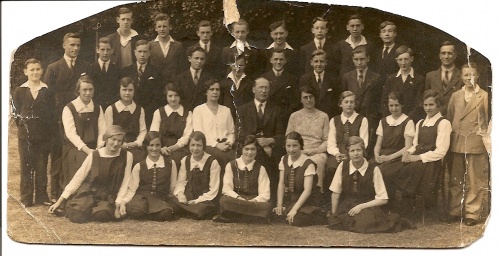 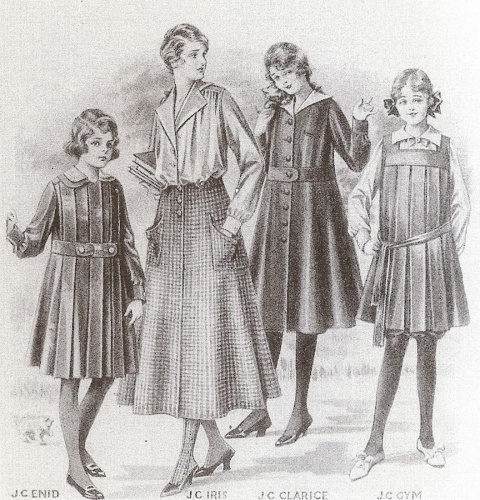