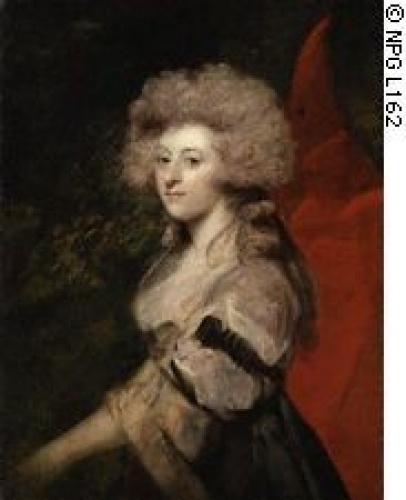 A weekend spent clandestinely with a lover. How exciting that sounds – theoretically, of course! But the element of sin and guilt, fundamental to the uniquely English and rather old-fashioned concept of the ‘dirty weekend’, is not quite the same now. Romantic couples no longer have the excitement that signing the hotel register as Mrs and Mrs Smith must have created and those wanting a divorce no longer have to wait in anticipation of being caught in flagrante. However, if you were thinking of a little dalliance you are in the right place. With its raffish, tolerant and non-censorious atmosphere Brighton, apparently, remains the nation’s favourite destination for weekends dedicated to sensual pleasures.

In fact, Brighton invented the ‘dirty weekend’; or rather the Prince Regent invented it in Brighton. He set the tone for the town nearly 200 years ago with his hedonistic parties at the Royal Pavilion, his ‘pleasure dome’ and, of course, with his relationship with Mrs Fitzherbert.

Mrs Fitzherbert is well remembered in Brighton as the woman who fell in love with the dashing, handsome and extravagant Prince of Wales. Born Maria Smythe in 1756, she was brought up in a Catholic family, married at 18 and widowed at 19, married again at 22 and widowed once more a year later. Following the death of her second husband, Mr Fitzherbert, in 1784 Maria moved to London where she met the 21-year-old Prince who became totally infatuated with her. Despite all his amorous attentions Maria refused to become his mistress, insisting instead on marriage. Marriage was not, however, an easy option for the Prince; to marry a Catholic and a commoner would have meant him giving up his right to succeed his father as King of England. Further, it would have violated the Royal Marriage Act, under which any descendant of George II was forbidden to marry under the age of 25 without the monarch’s permission. Regardless of the consequences, the young Prince went ahead and arranged a secret marriage, which was carried out by a curate inside Fleet prison on 15th December 1785, under the condition that the ceremony remained hidden from all.

They were accepted as a couple in Brighton, entertaining and receiving guests together in the Royal Pavilion. They liked to sit on the balcony of the villa at 55 Old Steine, which the Prince had given to Maria (today the YMCA building), and acknowledge the passers-by. Rumour of the day had it that an adopted niece who lived with Maria was the Prince’s child and Robert Bogan, in his book Three Wedding Rings for Mrs Fitzherbert of Brighton, suggests that pages cut from the baptismal records for 1800 support the idea that a second adopted daughter, Marianne, was also the child of Mrs Fitzherbert and Prince George and that there may have been a son as well.

Ten years after their secret wedding, the Prince gave in to pressure placed on him by Parliament, which in effect refused to pay any more of his enormous and mounting debts, and agreed to marry the Princess Caroline of Brunswick. Caroline died in 1821, a year after George’s accession to the throne, and there followed a line of mistresses, but Mrs Fitzherbert remained his first love. When King George 1V died in 1823 he was found to have a miniature of Maria around his neck. Maria and George were never divorced and, according to Pope Pius VII, they remained married in the eyes of God.

Maria remained in Brighton until her death in 1837, all the time keeping her vow to say nothing about her secret marriage. She was buried in St. John the Baptist Church, Bristol Road - Brighton’s Catholic Mother Church, the oldest in Brighton and fourth to be built in England after the Reformation. Maria is depicted on a white marble wall memorial kneeling before a Bible open at Acts XX 35: “It is a more blessed thing to give than to receive.” On her finger are three gold wedding rings to denote her three legitimate marriages.

Known as Mrs Prince and the unofficial Catholic Queen of Brighton, Maria loved the town and contributed generously to the relief of its poor and before there was a Catholic church in Brighton she invited local Catholics into her home to hear Mass. She also, famously, took the Brighton waters, helping to promote the town as a popular Regency spa and health resort. Then, after her death and when the bottom fell out of the health market, so to speak, Brighton continued to promote itself as the place to visit for the weekend, especially for those looking to make themselves feel better!