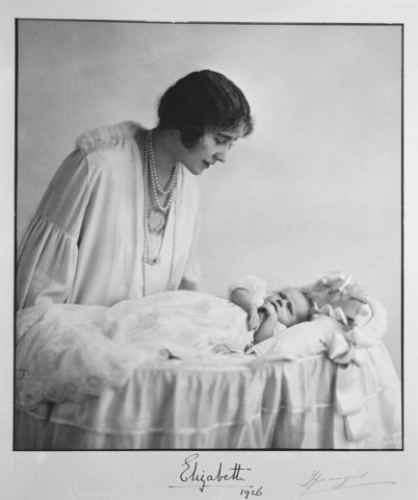 Historically the social elite always led fashion and, although dress today is shaped by various influences, the general public remain fascinated by royal style. Born on 21st April 1926, Her Majesty the Queen made her public debut in May, wearing the hereditary royal christening robes of silk and lace, first created for Queen Victoria’s daughter, Vicky in 1841. She still attracts worldwide attention ninety years later.

Despite not being in the direct line of succession until the abdication of their uncle, King Edward VIII, in 1936, Princesses Elizabeth and Margaret (born 1930) received significant publicity as children and became fashion role models for an entire generation of little girls. Their picturesque puff-sleeved party frocks of pastel organdie, frills and ribbon looked (and were) luxurious and fragile, yet the effect was readily copied at home by dressmaking mothers for their daughters.

During the Second World War, Princess Elizabeth became a mechanic and driver for the ATS, wearing overalls like countless other female war workers. Off duty she presented a fashionable, youthful image within the limitations of rationing and utility clothing specifications. Headwear was not rationed and she was photographed on her eighteenth birthday in 1944 sporting a patriotic military-style hat. She also helped to popularise the simple headscarf that became an iconic wartime accessory and would remain a personal favourite.

The marriage of Princess Elizabeth to Prince Philip Mountbatten in November 1947 was a glorious event that captured the imagination of the nation and provided a sense of escapism in the bleak post-war years. The Princess’s wedding gown, designed by the royal couturier, Norman Hartnell, was fashioned from ivory silk from the Scottish firm Winterthur and embroidered with crystals and seed pearls, while the satin train was woven at Lullingstone in Kent. The dress bodice featured a contemporary sweetheart neckline and the long tulle veil was attached to a diamond fringe tiara. A faultless synthesis of femininity and glamour, Hartnell pronounced the royal bridal ensemble ‘the most beautiful dress’ he had created so far.

The sombre black attire adopted by a grieving Princess Elizabeth upon the sudden death of her father, King George VI, in February 1952 represented a centuries-old tradition and, following royal mourning etiquette, she was not crowned Queen for over a year, until June 1953. Her celebrated coronation gown was fashioned from silk satin material hand-embroidered in pastel-coloured silks, with tens of thousands of seed pearls, crystal beads and gemstones and gold and silver bullion intricately arranged to form the floral emblems of the countries of the United Kingdom and the Commonwealth. Designed again by Norman Hartnell, this splendid costume is considered a masterpiece in the long history of ceremonial dress.

Dressing for the occasion

While acknowledging wider fashion shifts in the styling, fabric and colour of dress over the decades, Queen Elizabeth has not set audacious new trends, but projects an elegant and majestic presence reflecting her position as a world leader. For formal state functions she displays the requisite silks and glittering jewels, while on official overseas tours she diplomatically observes local sartorial customs. During her Diamond Jubilee celebrations in June 2012 she wore for the Thanksgiving Service in St. Paul’s Cathedral a stately coat and dress of silk tulle embroidered with minute mint green star-shaped flowers embellished with silver thread. This glorious outfit designed by Angela Kelly was accessorised with a matching chiffon drape scattered with Swarovski crystals, and a mint green tulle-draped hat. The Queen admires myriad pastel hues and chose a pale daffodil-yellow coat and hat for the recent Easter Sunday Service at Windsor; yet she also favours bold, cheerful colours, her preference shades of blue, from turquoise to bright azure, followed by greens, pinks, purples, reds and black or white for specific events.

The Queen loves clothes and is an expert on fabrics, according to her Personal Assistant and Senior Dresser, Angela Kelly, and always makes the final decisions concerning her wardrobe, while also heeding advice. She has long supported British couture and has thereby helped to advance London’s fashion industry, previously overshadowed by Paris. Sir Norman Hartnell, royal couturier since the mid-1930s, first dressed Princess Elizabeth during the 1940s. He not only designed her fairytale wedding dress, but also created many fine evening gowns, his trademark during the 1940s and 1950s romantic crinoline-style dresses in shimmering silks and duchesse satins. Another great royal couturier was Sir Hardy Amies, who began designing clothes for the new Queen in the early 1950s. A highly skilled tailor, his most memorable creations appear in Her Majesty’s birthday portraits by Cecil Beaton in 1969. During the 1970s The Queen patronised Ian Thomas, former assistant to Hartnell, his flowing chiffon designs expressing perfectly the mood of the decade. Afterwards, Maureen Rose of Thomas’s fashion house continued to design for The Queen, until the late 1980s. Between 1988 and 1996, John Anderson designed Her Majesty’s dresses, followed by his business partner, Karl Ludwig Rehse, whose creations she still wears today. The youngest royal designer is Stewart Parvin, who has worked for The Queen since 2000. Angela Kelly also produces designs as in-house couturier: she and her team sometimes mix new and old materials in their creations, occasionally using vintage fabrics presented to Her Majesty when she was Princess Elizabeth.

With hundreds, probably thousands of individuals including couturiers, their teams of expert staff and various specialist manufacturers contributing to the royal wardrobe over the years, it is no surprise to discover fascinating local connections. Professional tailor Eileen Prisley of Qiana Costumes who lives in Chester Terrace, Brighton undertook her tailoring apprenticeship with Norman Hartnell between 1969 and 1972. When proficient in her trade, she produced several outfits for The Queen, including costumes for her Colonial Tour of 1970. Today Eileen keeps original sketches, notebooks and fabric swatches as mementoes of her time working at the prestigious fashion house and has generously allowed us to reproduce some examples here.

Refined accessories complete an outfit and this aspect reveals another local link. Many of Her Majesty’s short day gloves and long evening gloves are designed and hand-made by luxury glove manufacturers, Cornelia James, who once occupied Glovers Yard in Havelock Road, Brighton and now operate from an atelier in Ripe, East Sussex. The original Cornelia James was asked, through her work for Norman Hartnell, to make a pair of white cotton ‘going-away’ gloves for Princess Elizabeth following her marriage in 1947. This began a long and successful association culminating in the grant of a Royal Warrant in 1979.

The Queen frequently features in Best Dressed lists, acknowledged for her signature style that blends joyful colours, fine fabrics and classic tailoring to create a timeless, regal elegance. In honour of her 90th birthday, three special exhibitions, Fashioning a Reign: 90 Years of Style from The Queen’s Wardrobe, will be staged across official royal residences during 2016. Constituting the largest display of Her Majesty’s dress ever mounted, they open at the Palace of Holyroodhouse, Edinburgh on 21 April 2016, at the State Rooms at Buckingham Palace in August 2016 and at Windsor Castle in September 2016.www.royalcollection.org.uk/exhibitions/fashioning-a-reign-90-years-of-style-from-the-queens-wardrobe 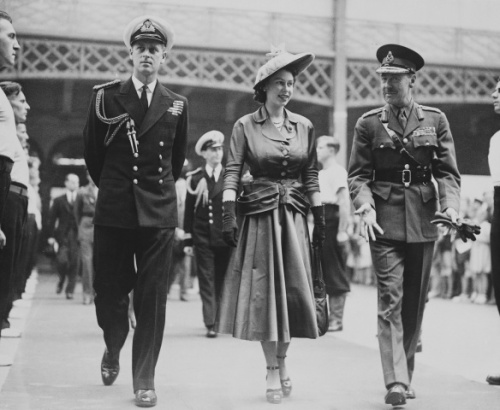 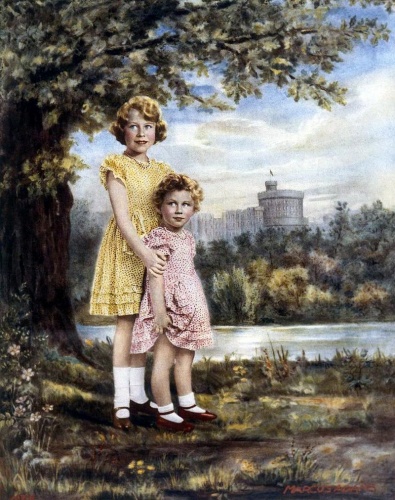 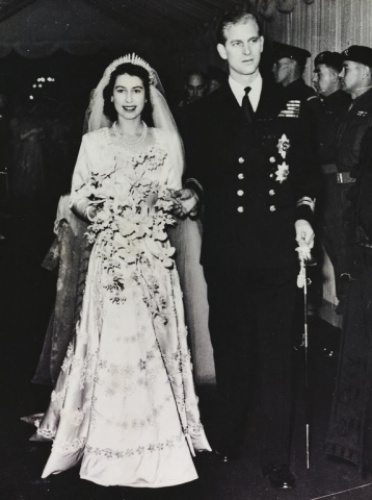 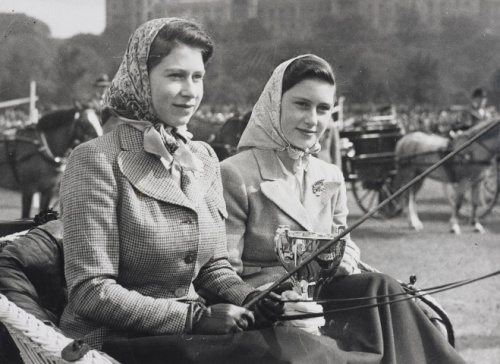