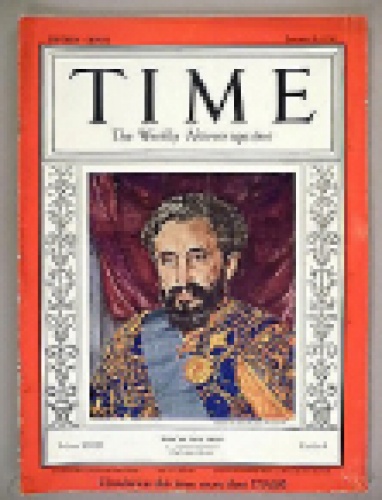 Time Magazine, 6 January 1936. Being named ‘Man of the Year’ by this influential US magazine led to Selassie being awarded iconic status as ‘victim of fascism’.

Brighton has built a bit of a reputation as a place to see famous faces, with a long list of notable people who have visited over the years. They have come to our ‘city by the sea’, for all sorts of reasons - not just to be seen – but to enjoy our fashionable seafront, partake of our culture, embrace our liberal ways and, of course, go shopping. When His Imperial Majesty, Emperor Haile Selassie I, Conquering Lion of the Tribe of Judah, Elect of God, King of Kings of Ethiopia came he wanted to look at dairy farms!

A man of many names, he started life as Tafari Makonnen, born on the 23rd July 1892, into the Ethiopian (formerly known as Abyssinian) royal family. Tafari was a son of Ras (Prince) Makonnen, a chief adviser to Emperor Menilek II, and could claim descent from the Queen of Sheba and King Solomon. In 1917, when Menilek II’s daughter became Empress, Tafari was named Regent and Heir Apparent to the throne.

Tafari was forward thinking and his progressive policies won him favour among the country’s modernist, younger generation. In 1923 he abolished slavery in the Empire and succeeded in getting Ethiopia admitted to the League of Nations. The following year he became the first Ethiopian ruler ever to go abroad, visiting Jerusalem, Rome, Paris, and London. Tafari assumed the title of Negus (King) in 1928 and two years later, on the 2nd November 1930, he was crowned Emperor, taking the name of Haile Selassie (Might of the Trinity).

Haile Selassie’s coronation was a world sensation and the start of his reign transformative for the country, but everything went disastrously wrong in 1935 when Benito Mussolini’s Italian forces invaded Ethiopia. Selassie led a valiant resistance, but in May 1936 he and his family were compelled to flee to England.
Despite being forced to live in exile, Selassie fought on. He worked to raise awareness amongst Europeans of the situation his country was facing. In June 1936 he made an impassioned speech to the League of Nations, describing the brutality of the Italian occupation and appealing for help to fight the invaders. He famously warned the world of the dangers of fascism, “it is us today, it will be you tomorrow”, and for this, prescient, speech he was named Time Magazine’s ‘Man of the Year’, 1936. Selassie spent most of his exile in Bath, living at Fairfield House, but he did visit other parts of England, including Brighton. In August 1936, he and his family were staying at the Warnes Hotel in Worthing and decided to explore the possibility of settling in Brighton. Selassie and his two sons, the Crown Prince and the Duke of Harrar, viewed Fife House, No. 1 Lewes Crescent in Kemp Town. A Regency house built in 1828 and previously owned by the Duke of Devonshire and the Duke of Fife who had lived there with his wife, Princess Louise, the daughter of King Edward VII. But, despite the royal connection and the appeal this must have had for the Emperor, initial negotiations were not followed up.

From a house designed by the great Brighton architectural partnership of Charles Busby and Amon Wilds, the royal party went on to visit several dairy farms, with Selassie expressing a particular interest in seeing the conditions under which milk was produced and bottled in England. Sydney Hole, of Hole’s & Davigdor Hygienic Dairies Limited, a large and thriving business in the 1930s, gave them a guided tour. He showed them around Waterhall Farm near Patcham, where they were able to inspect the milking shed and see Jersey and Guernsey cows being milked. Contemporary accounts say they were, “amused and interested in a device that enables the cows to turn on water themselves when they needed a drink”. They visited Withdean Farm and its herd of Shorthorns and then proceeded to the Davigdor Road Dairy.

Selassie returned in April 1938 and stayed at Woodingdean House, a large Georgian mansion in Ovingdean, then owned by the colourful Mrs Violet Van Der Elst: an entrepreneur and campaigner best remembered for her activities against the death penalty and for being ‘the richest woman in Brighton’.

During this visit, the Brighton and Hove Herald took several photographs. One is of Selassie and his family leaving the Royal Pavilion, but the photograph that ties him to Brighton the most was taken on the West Pier. This media-savvy image portrays Selassie as a forlorn looking man, an Emperor stripped of everything, reduced to the level of the hoi polloi on a 2d deckchair – the ‘iconic victim of fascism’.
In his more private moments in Brighton, Selassie liked to visit St Paul’s Church on West Street. He evidently felt a real and lasting connection with this place of worship, because, long after leaving England, he made a donation towards the repair of its tower. A plaque in the church states, “This plaque commemorates a generous gift towards the repair to the tower of this church in 1947 by H.J. M Haile Selassie Emperor of Ethiopia as a mark of appreciation for the five years spent in England, by his Granddaughter Princess Aida Desta.”

With the advent of World War Two, Selassie was able to secure British assistance to form an army of Ethiopian exiles and, when British and Ethiopian forces took back control of his country in 1941, he was returned to power. His rule continued until 1974, at which time famine, worsening unemployment, and the political stagnation of his government prompted parts of the army to mutiny. Selassie was deposed and spent the remainder of his life under house arrest. He died on the 27th August 1975. Official sources attributed his death to natural causes, but conspiracy theorists suggested he had been strangled on the orders of the military government.

But this is not the end of Haile Selassie’s story; to this day he is revered and worshipped as God incarnate by followers of the Rastafari religion (name taken from his pre-imperial title Ras and Tafari). 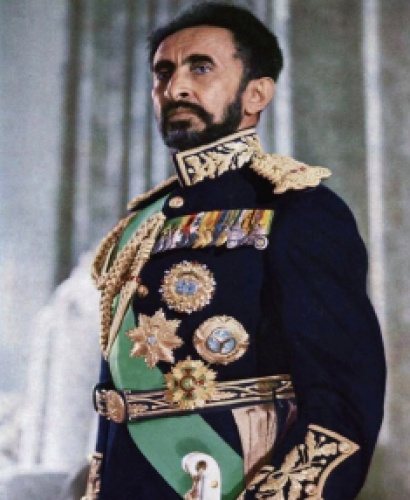 Credit: History Revealed. Haile Selassie’s coronation was a lavish affair attended by royals and representatives from all over the world. 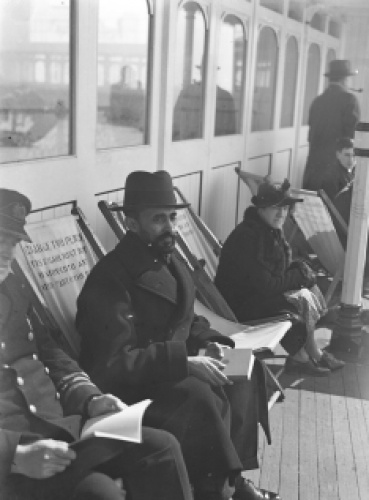 Credit: Royal Pavilion & Museums, Brighton & Hove. Carefully posed picture of Haile Selassie on the West Pier, April 1938. He was undoubtedly aware of the impact this image would have around the world. 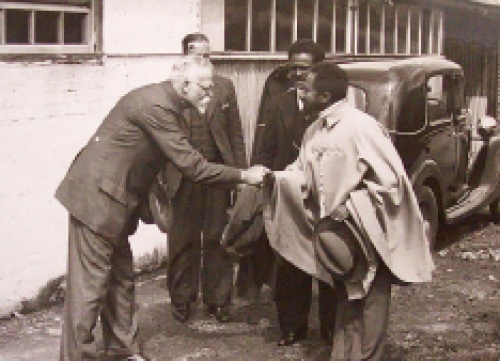 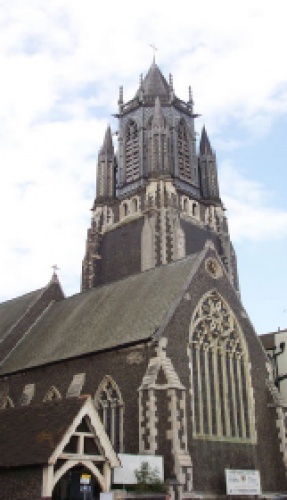 Credit: Brighton & Hove Untold. During his time in Brighton, Haile Selassie attended St Paul’s Church, West Street. The Emperor, a devout Christian, was opposed to the Rastafarian’s belief in him as messiah. 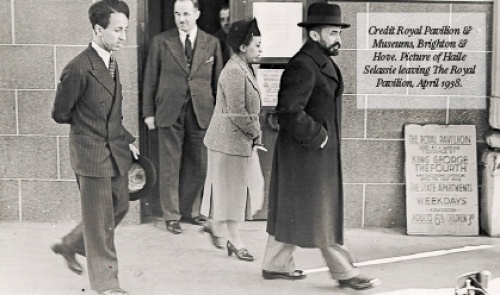