History of Homelessness in Brighton & Hove 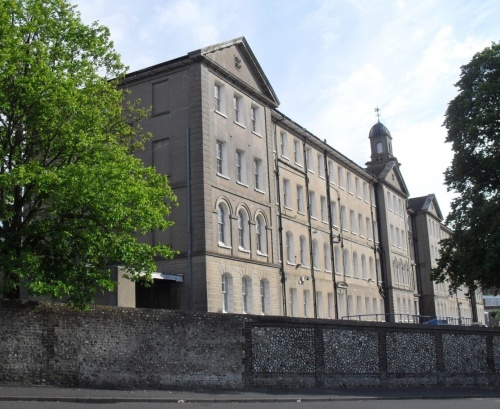 Brighton General Hospital, Elm Grove was once Brighton Workhouse. It was deliberately sited a long way out of town and a long way away from “polite” society.

Whichever way you look at it, “the history of homelessness” is a huge subject, both in terms of the number of years it spans and the devastating impact it has had (and still has) on people’s lives.

The first recorded vagrancy statute is from 1349 - The Ordinance of Labourers which prohibited the giving of relief to able-bodied beggars, “that they may be compelled to labour for their necessary living”. This was followed by a catalogue of draconian legislation:

• 1388, the Statute of Cambridge restricted the movements of labourers and beggars and made county “Hundreds” (geographical division of a county for administrative and judicial purposes) responsible for their own “impotent poor”. • 1494, the Vagabonds and Beggars Act threatened “vagabonds, idle and suspected persons” with three days in the stocks on a diet of bread and water. • 1547, the Statute of Legal Settlement provided for the branding or enslavement of sturdy beggars. • 1576, an Act For Setting of the Poor on Work, and for the Avoiding of Idleness stipulated that every town had to supply materials for the poor to work on and every county had to establish a House of Correction for anyone refusing to work.

In Lewes in 1617, John Taylor was whipped in accordance with the law which required that a beggar be “stripped naked from the middle upwards, and to be whipped until his body was bloody, and to be sent from parish to parish, the next straight way to the place of his birth”. J O’Brien was arrested for “repeated acts of vagrancy” in Brighton in January 1782, and sentenced to three months in the House of Correction and, at the end of this period, to be “publicly whipped at the Market-place and then discharged”. The Brighton Herald reported that this ancient law was still being practised in July 1819, when three vagrants, apprehended for begging, were ordered by the magistrates to be flogged.

An entry in the Brighton Parish Vestry Book, dated 31st March 1800, throws light on who it was that was doing the “apprehending”. The entry records the appointment of Mr Thomas Waring as Beadle and Cryer, his duties included implementation of the 1796 “Order of the Vestry” (the Vestry was run by the town’s bigwigs, church leaders and ratepayers), whereby “All vagrants and beggars are to be apprehended by the Crier, who is to receive a shilling a head for their capture”.

This was, I am sure, a welcome addition to Beadle Waring’s annual salary of £20 (plus clothing) and, as John Bishop commented in his 1892 A Peep into the Past, “As beggar hunting was profitable, doubtless the town enjoyed considerable immunity from vagrants”.

Workhouses provided the only statutory shelter available for street homeless people. In Brighton, the first was completed in 1730 on the St Bartholemew’s site in Market Street. As well as the workhouse, the new building included a two-storey Town Hall and a dungeon, known as ‘The Black Hole’. In 1820, a site was purchased on Church Hill, above the graveyard of St. Nicholas’ Church, for a new workhouse. The building had an ‘H’ shaped layout, dividing the workhouse into sections, “in order to class its inmates in the most regular manner”. On the 12th September 1867, the workhouse on Race Hill at Elm Grove opened. Soon afterwards, the inmates were transferred from Church Hill and that workhouse was demolished. In 1914, the Elm Grove workhouse became known as Brighton Poor Law Institution. The same year it was taken over by the War Office and operated as the Kitchener Indian Hospital, accommodating sick and wounded Indian soldiers. It reverted to a workhouse in 1921 and remained open until 1930, when the Poor Law officially abolished the ‘work-house test’ and the term ‘pauper’.

Alternative shelter could be found at the Brighton YMCA which was founded in 1870 and, from its base in Steine House, provided accommodation for single people such as servicemen and apprentices. But, from this point until the mid-1960s, information on homelessness is sketchy. We do know, however, that the “problem” continued to be seen as a welfare issue rather than a lack of housing, and local authorities were only required to provide temporary help for homeless families. From the mid-1960s onwards, perceptions did change. Charities were established around the country in response to what was then recognised as the shocking plight of homeless people (remember Cathy Come Home?). In 1967 Brighton YMCA began to accommodate homeless families in Steine House and, in 1968, Brighton Hostel, the forerunner of Brighton Housing Trust (BHT), was set up in a single house in Islingword Road, providing shelter for single homeless people.

On a bitterly cold February night in 1986, the doors of St Patrick’s Church in Hove were opened by Father Alan Sharpe to two people, described at the time as “tramps and winos”, without somewhere safe to sleep. Two years later, part of the church was converted into a dedicated night shelter.
First Base Day Centre, run by BHT, opened in 1984 to support people most in need in the city. In 2014, to celebrate their 30th anniversary, BHT Heritage commissioned a report to look at homelessness in Brighton and Hove over the preceding 30 years. The report details changes in government policy, social action and the number of people sleeping rough or insecurely housed, but the key thing that makes this report different is that it provides the element missing from other, official documents – through the recording of oral histories the voices of people who have experienced homeless can be heard. It presents the voices, unique viewpoints and personal memories of people who may otherwise be ‘hidden from history’.

In 2016, as welfare benefit cuts go even deeper, more people will face the possibility of sleeping rough on our city’s streets. Sadly, there is no end in sight for the history of homelessness in Brighton and Hove.

If you want to find out more about homelessness today, visit www.bht.org.uk 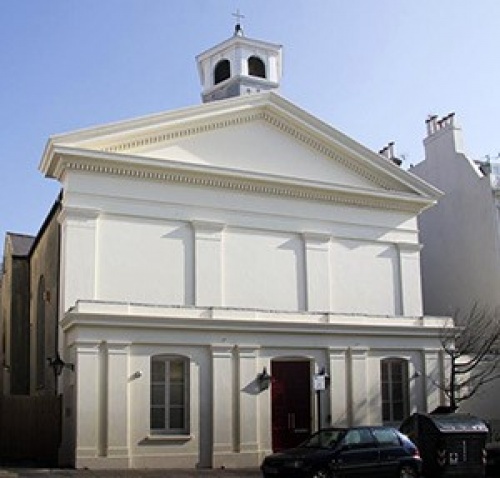