The Nine Day Miracle of Dunkirk 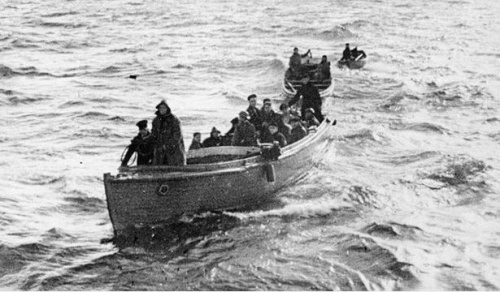 What “civilian” meant when talking about the little ships and civilian volunteers at Dunkirk has caused confusion: the overwhelming majority of “civilians” were expert mariners and sailors used to dangerous conditions; they weren’t in the Royal Navy, but in terms of their seamanship and abilities, these civilians were professionals.

2020 has been quite a year for commemorations. At the end of May our thoughts were directed to remembering the nine days, 80 years ago, when 338,225 Allied troops were evacuated from the French port of Dunkirk and its surrounding beaches.

Operation Dynamo, as it was known, was a hugely important event in World War II. It was one of the greatest military retreats in history and, like all great episodes of war, it attracted its own myths. Indeed, the story of victory being snatched from the jaws of defeat, largely due to the heroism of the volunteer civilians who manned the flotilla of “little ships”, has grown to the status of legend.

Like all myths it has something of the truth about it, but the idea that the evacuation was executed by vast fleets of small craft spontaneously setting out from English ports, unorganised and uncontrolled, to rescue the Army is not quite true. The armada of miscellaneous small craft was, in fact, part of a highly organised movement by the Admiralty. They were channelled through a series of pre-planned routes to Margate, Ramsgate and Dover, then most were towed to Dunkirk in rafts of many dozens at a time, by oceangoing tugs. Few small craft struck out alone.

Even more disappointing, I think, is the discovery that the mythical, jumper- wearing civilians, who so bravely insisted on sailing their own boats, were few in number. Indeed, hardly any members of the British Expeditionary Force owed their passage to “little ships” manned by civilian volunteers. The truth is that the Naval Inspectors who rounded up the little boats in the early days of the crisis more or less refused to let pleasure boaters like Mrs Miniver’s husband, Clem (Mrs Miniver, 1942) or Mr Bolton from Christopher Nolan’s 2017 film Dunkirk, pilot their own boats. It was simply too dangerous.

The authorities did requisition privately owned boats, as many as 850, but they turned them over to the Royal Navy, sometimes to officers and ratings out of reserve, and to professional seafarers who were called “civilians” by virtue of the fact they were not in the military. These men were masters and crew of cross channel steamers, skippers and deckhands from coasters and fishing boats, lifeboat, cockleboat, tugboat and yachtsmen – in other words, serious mariners. Not many men went to Dunkirk unaware of the dangerous conditions they were sailing into.

And, perhaps understandably, the popular account of the “miracle of Dunkirk” either downplays or omits to mention that there were ships that did not sail; skippers and crew who refused to take their boats over; and ships that turned back.

But nobody can cast a shadow on the real triumph of Dunkirk – the saving of a quarter of a million men of the BEF from death or imprisonment, enabling them to “withdraw in order to fight again – at a time and a place of their own choosing”.

This “miracle of Dunkirk” was made possible by a fantastic armada of every shape and size, from destroyers to rowing boats and, surprisingly, 23 paddle steamers. One was the Brighton Belle the oldest paddle steamer (repurposed at the beginning of the war as a minesweeper) in service. After picking up 800 men, she struck a submerged wreck and foundered. Fortunately, all the troops, her crew, the captain, and his dog were rescued. Another of the paddle-minesweepers was the Brighton Queen; she picked up 700 French and Moroccan troops and was on her way home when she was made the target of a concentrated attack by dive-bombers. For some while she dodged the rain of bombs, but eventually she was hit in the stern and sunk.

Seafarers from all over Sussex were called upon and small vessels from the Arun and Adur, from Chichester Basin and the Selsey peninsula played their part. As did volunteer members of the Newhaven and Shoreham RNLI. When they reached France, some of the boats acted as shuttles, ferrying soldiers between the beaches and the destroyers. Others carried hundreds of soldiers all the way back to England, often returning several times. A remarkable 10% of Dunkirk evacuees – 35,000 evacuees - were rescued in this way – among them men from Britain, Belgium, Canada, France and French colonial troops from Morocco, Algeria and Tunisia.

A fleet of Brighton fishing and pleasure boats, partly manned by Royal Navy personnel, also assisted with the evacuation: The May Queen, Fair Irene, Pop Gun, Marie J. Leach, Favourite, Challenger, Dorothy Helena, Our Doris, Marie Joyce, Royal Rose, Seaflower and Our Johnny. Captain Fred Collins’s famous fleet of Skylark pleasure boats, more used to sailing off Brighton beach with day-trippers, were nearly all lost at Dunkirk: Skylark 3 and Skylark 4 were sunk. David Devine, skipper of Skylark 2, made the journey three times and during the last of these received a stomach wound. He was awarded the Distinguished Service Medal for his service.

Years later, in an interview with The Argus (2 June 2000), Charlie Watts, who served on the badly damaged trawler, Challenger, recalled the terrifying scenes at Dunkirk, where he narrowly escaped death: “It was a very near thing.” His brother, George, was skipper of the Pop Gun. He survived unscathed but suffered severe shock and died four months later at the age of 45. Charlie, who lived at Elmore Road, Brighton, said: “He wasn’t hit at all, but I am sure the evacuation killed him.”

Even in the immediate aftermath of the Dunkirk evacuation people considered it an ambiguous event: Churchill described it as a “miracle of deliverance”, but he also believed it represented a “colossal military disaster”. Evidence certainly points to a less simplistic reality than the narrative behind the myths. Regardless, the “miracle of Dunkirk” will remain a popular part of our shared national history and we will continue to remember the thousands of immensely courageous men (and women) who were there and played their part in what we now understand is a complicated story. But history is complicated, isn’t it! 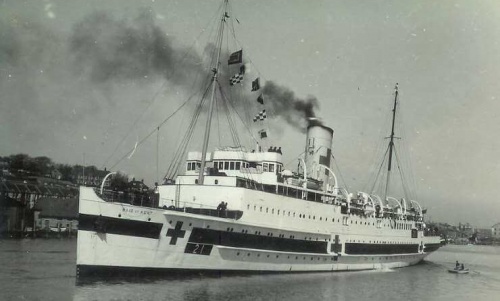 There are other stories about Dunkirk that do not appear in the popular narrative. One is of the nurses on the hospital ships that brought thousands of wounded servicemen back to the safety of England. These brave women sailed back and forth across the English Channel many times. Although hospital ships were distinctive, usually painted white and displaying large red crosses, they were not immune from attack. Image The Maid of Kent courtesy Historic UK. 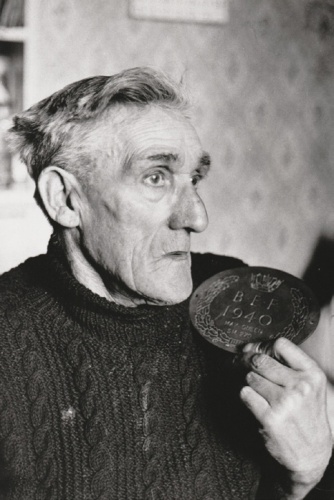 Left out of our popular shared history of May/June 1940 is what happened at St Valery, approx. 175 miles down the coast from Dunkirk, just a few days after the mass evacuation. But this “nightmare of endurance” should certainly be part of Brighton’s known story: On the 11th-12th June, 26 Brighton fishing boats, manned by their own crews but fitted with machine guns operated by naval ratings, attempted to evacuate troops from the 51st Highland Division stranded on the beaches. Unfortunately, they were forced to turn back due to heavy fire from the shore and repeated attacks by enemy warplanes. To mark this heroism, in November 1940, the fishermen involved were invited to the Royal Pavilion and given commemorative plaques to put on the boats. In 1947, the surviving veterans were presented with medals by the Mayors of Brighton and Dunkirk. Image Brighton Fisherman Joe Leach courtesy of Brighton Fishing Museum. 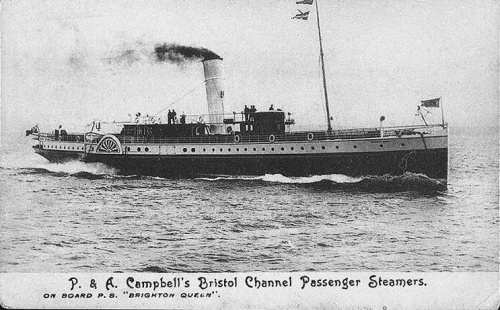 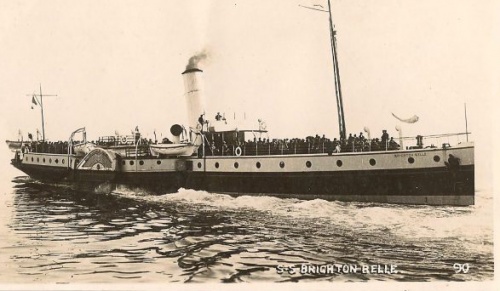 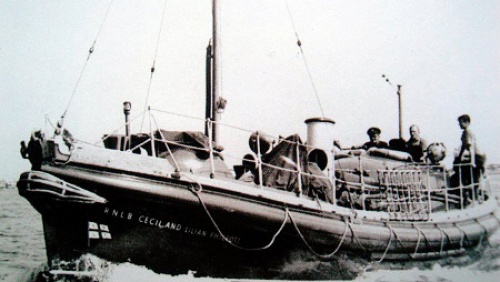 RNLB Cecil and Lilian Philpott, the Newhaven Lifeboat. Her mission almost ended in disaster when she ran aground at Dunkirk and was left high and dry for four hours. Having been re-fl oated, she returned with 51 soldiers on the 3rd of June 1940. Image Courtesy Newhaven Local and Maritime Museum

TS Brighton V before the war. In 1940 Newhaven was the main base for British hospital ships operating between England and France. One of the ships was a converted cross-channel steamer the Brighton. At the end of May 1940, Hospital Carrier (HC) Brighton V was ordered to Dieppe to evacuate British wounded. She was trapped within the Dieppe harbour basin, then bombed and sunk. Image courtesy Newhaven Local and Maritime Museum. 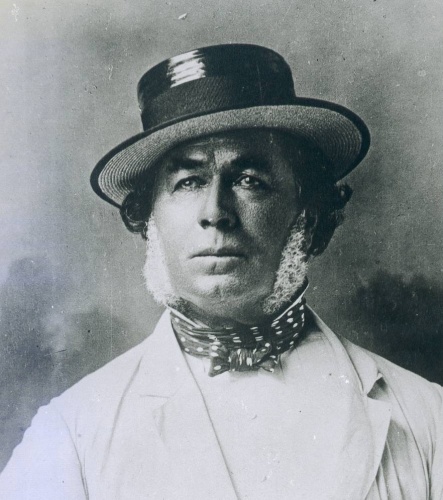 TS Brighton V before the war. In 1940 Newhaven was the main base for British hospital ships operating between England and France. One of the ships was a converted cross-channel steamer the Brighton. At the end of May 1940, Hospital Carrier (HC) Brighton V was ordered to Dieppe to evacuate British wounded. She was trapped within the Dieppe harbour basin, then bombed and sunk. Image courtesy Newhaven Local and Maritime Museum.