The Oldest Operating Aquarium in the World 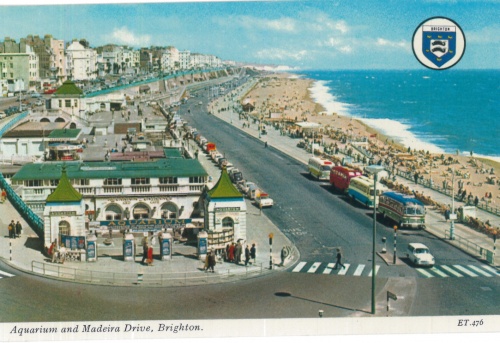 On Saturday 10 August 1872 Brighton aquarium formally opened to the public. 139 years later it is still entertaining and informing the masses about an underwater world that remains a mystery to most of us. Today visitors to this showpiece of Victorian splendour can see giant turtles, sharks encircling a tropical reef, an Amazon rainforest with razor-toothed piranhas and deadly poison dart frogs. They can also learn about the intricate balance of the oceans and the ways in which man is endangering some species.

The creatures from the deep may not have been as exciting in the late 19th century - in fact the first exhibits included a large octopus, sea-lions and a Norway lobster - but the spirit of learning and the desire to experience the underwater world was the same. Jules Verne had just written Twenty Thousand Leagues Under the Sea (1870) and Charles Darwin’s theory of evolution (On the Origin of Species,1859), had made the study of natural history very popular, not just with gentlemen of the emerging discipline of science, but with the general public as well. Brighton aquarium could not help but be an instant success.

Deep ocean exploration and stories of giant squid fascinated and impressed the Victorians, but so did the new Italianate style aquarium building. The idea of Eugenius Birch, designer of Brighton’s West Pier, it extended 700 feet along the base of the cliff and necessitated the building of a new sea-wall and promenade, the Madeira Road. The entrance was on the site of the chain-pier’s tollhouse and had a wide flight of steps down into a large courtyard formed by red brick arches and terracotta columns. Inside a large entrance hall led to the main, tank lined aquarium corridor and central hall which housed the largest display tank in the world at that time. There was also a reading room, restaurant, roof terrace complete with clock-tower, roller skating rink, terrace garden, smoking room and music conservatory, were organ recitals, concerts, lectures and exhibitions were held.

The aquarium seemed to offer it all, the opportunity to explore marine life without the need to get your feet wet and a venue for the town’s most fashionable society, but its outstanding success was short lived. It ran into financial difficulties and in 1901 was purchased by Brighton Corporation. A revival was experienced in the years 1907 to 1918 when the conservatory was renamed the Winter Garden, a municipal orchestra played and film shows were held. Disaster loomed again in 1922 when Brighton Council gave Southdown Bus Company permission to convert the building to a bus station! Thankfully such plans were never followed through. Since then much has happened, including a new, white Empire stone work exterior, the demise of the clock-tower and requisition by the RAF during WWII. Slipper baths, chimpanzee tea-parties, night-clubs and a motor museum have all come and gone. As has the dolphinarium, the controversy surrounding the enclosure of such mammals nearly leading to the closure of the aquarium itself.

But this did not happen. Sea Life Brighton (Merlin Entertainments) took over in 1989 and spent £1,000,000 on redevelopment work. The old dolphin pool was made into a large ocean tank with the longest walk-through acrylic tunnel in Europe. This proved hugely successful, so much so that some days queues ran all the way up the entry steps to the road and performers had to be engaged to entertain waiting visitors.

Conscious that the site was Grade II listed and within the Clifton Conservation Zone, the new management were keen to strip the internal features back to how they were originally intended. Along the way, they discovered rooms and corridors they did not know were there. Toby Forer, operations manager at that time, says that whilst they were aware of tales of a tunnel from the Aquarium to the Royal Pavilion they decided to, “leave those areas be!”

Over the years the staff have certainly seen some odd things. Chris Scurrah, manager 1992/3, explained that the building has its own micro-climate due to the dampness underground and, with the right environmental conditions, mist clouds appear in the main atrium. But by far the most talked about phenomenon is of a ghostly nature. Reports of seeing a young girl in Victorian dress laughing in the Nautilus Room are the most common; the cleaner is, apparently, not keen to go in there when the centre is closed. There have also been sightings of a man with a dog in the main auditorium and in the tunnel. It is a creepy place to be when there are no people and just the tank lights on. Toby Forer speaks for all past Sea Life managers when he says, “It was never a great experience attending alarm call-outs in the early hours…as I always had to attend alone…H-O-R-R-I-B-L-E .”

Such is the interest in these “spooky” occurrences that a paranormal investigation is currently being arranged. I will certainly be interested in what it reveals about the oldest, and possibly the best, operating aquarium in the world. 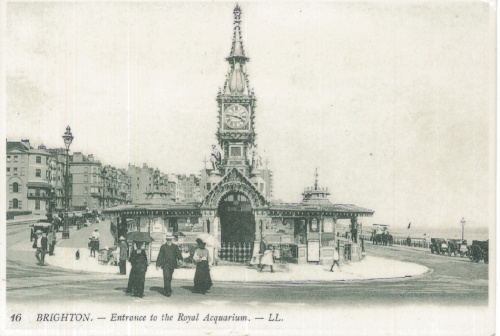