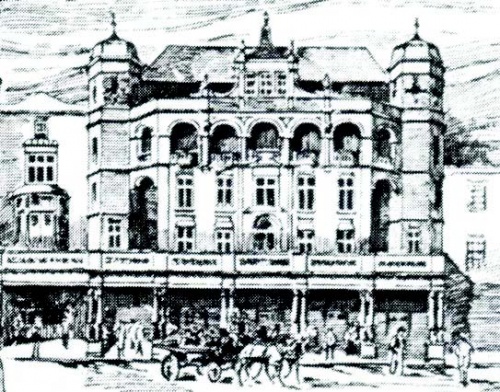 The origins of British pantomime probably date back to the Middle Ages and blend the traditions of the Italian “Commedia dell’Arte and the British music hall. Commedia was a type of travelling street entertainment that used dance, music, tumbling, acrobatics and buffoonery in a repertoire of stories passed down through generations of touring troupes. Each plot contained stock characters such as the over protective father, Pantaloon, Columbine his daughter, her love the heroic Harlequin and the servant Pulchinello, (who still exists in this country as the puppet Mr Punch). Commedia spread across Europe and its characters first began to appear in English theatres in around 1660, with the tenuous beginning of English pantomime being seen at the Lincoln Inn Fields Theatre and the Theatre Royal in Drury Lane in 1716. Now this particular form of entertainment is part of our national heritage and going to see a pantomime is a traditional, festive treat.

Classic tales continue to be performed with simple plots which usually revolve around a girl dressed as a boy who is the son of a man dressed as a woman, who will win the other girl (surprisingly dressed as a girl), with the assistance of a person(s) dressed in an animal skin! This somewhat bizarre art form survives because it takes and expands on new ideas that each age has given. Today, pantomime is celebrated with lavish sets, even more lavish costumes, stunning special effects and live music. And supporting the national celebration of pantomime, which will take place up and down the country this Christmas, Theatre Royal Brighton are to transform the tale of Peter Pan into a musical adventure.

One of the top five oldest working theatres in the country, Theatre Royal Brighton has always seen pantomime as one of the most rewarding features of the city’s theatrical year. The very first pantomime to be performed there was a production of Harlequin Versus Shakespeare or Christmas Gambols in 1823. But perhaps the period 1876-1892, when Mrs Ellen Nye Chart ran the theatre, was when the annual Christmas pantomime really took off. She appears to have spared no expense, with the libretto and score published every year, including illustrations of each scene and a list of the cast. The productions themselves were extremely elaborate and modelled on the pantomimes for which the Drury Lane Theatre in London was famous at the time. A typical production was Aladdin or the Arabian Knight-Errant, which had twelve scenes one, Corridor in the Palace, being a very creditable composite imitation of rooms in the Royal Pavilion.

Every year of Mrs Nye Charts’ stewardship she invited all the inmates and staff of the Brighton Workhouse to a free performance of the pantomime. As there were about 1,100 of them it seems likely that a special performance was given just for them at the end of the run. After their visit in 1888 an illuminated address, dated 18th April and signed by eight officers of the workhouse on behalf of all those who attended, was presented to Mrs Nye Chart. It spoke of the weeks of eager anticipation with which the inmates looked forward to this only pleasure in their drab lives and the many weeks afterwards during which it was remembered and discussed. The inscription ended with: ‘Many of us will, on the next reoccurrence of your invitation, be in the world of shadows, but when we meet at the last great transformation scene, the things which you have done for the poor and friendless will be written in letters of gold above your head’.

On the last night of the panto Cinderella in February 1891 Mrs Nye Chart in her annual speech from the stage told the audience that, ‘There is scarcely a London novelty now running which will not come to Brighton during the present year’. She had, indeed, made the theatre one of the best-known provincial theatres in England and gave it national, as well as local, status.

The beginning of the new century was marked by the pantomime, Puss-in Boots. Eight years later, Milton Bode, a specialist in the production of pantomimes, took over the management of the theatre and the practice of running pantomimes seemed assured; his first show was Red Riding Hood and his last Sinbad the Sailor in 1916.

Since it first opened its doors on Saturday 27 June 1807, with a performance of Hamlet, starring Mr and Mrs Charles Kemble, the Theatre Royal Brighton has suffered mix fortunes. It was the first to install gas lighting and highlight solo performers by burning a piece of lime in the flame (origin of the phrase ‘in the limelight’) and the first to employ a woman manager. It survived two world wars, depression, architectural changes and changes in political and cultural tastes. Christmases have been marked with pantomimes and musical comedies as diverse as Jack in the Box (1876), The Maid of the Mountain (1917), Ivor Novello’s Second Helping (1940), Dora Bryan in Goldilocks and the Three Bears (1970) and this year’s musical extravaganza, Peter Pan. I just hope that this glorious, eccentric British institution continues. “Oh yes I do!” 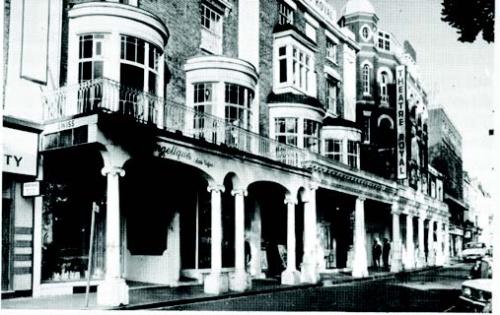 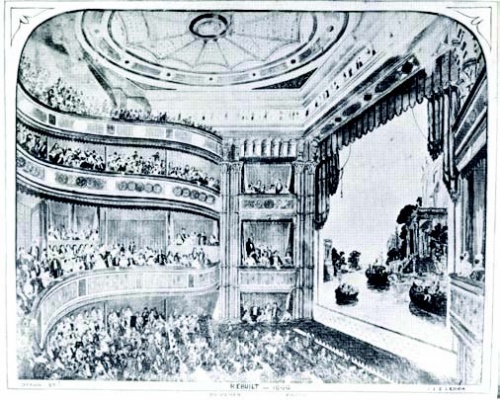 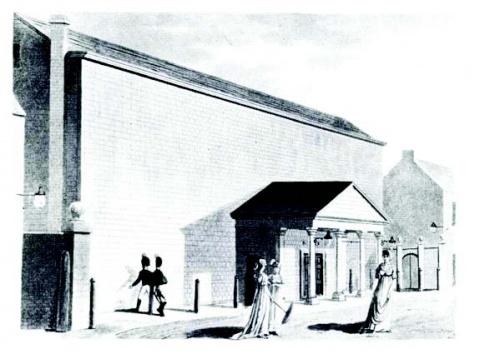